Tribfest | Welcome To The Jungle!
Go to homepage
Menu

Welcome To The Jungle!

Making their second appearance at Tribfest, we're pleased to welcome the return of Guns Not Roses

After performing in the VIP Big Top last year as Gunz N' Rozes. A year later, a name change, and a move to the main stage, Guns Not Roses deliver the classic line up musical experience, focussing on performances from the notorious 1987-1993 era that fans associate most with the band, replicating that authentic 80s rock sound made famous during the period that they were considered the world’s biggest band.

You can expect a greatest hits set including classics including Welcome to the Jungle, November Rain, Live and Let Die, Paradise City, You Could be Mine and of course the seminal Sweet Child O' Mine.

Pull out your ripped denims and studded leather jackets and join us in a night of hard rock nostalgia with one of rock music’s most highly regarded bands. 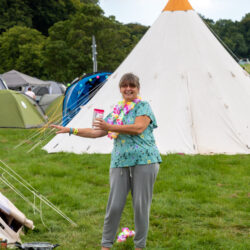