Tribfest | 'Get Back' to Tribfest
Go to homepage
Menu

'Get Back' to Tribfest

Back by popular demand, we're pleased to welcome the return of The Cavernites, a tribute to The Beatles.

The Cavernites are a professional four piece Beatles tribute band from Liverpool, who take their name from the fan club members of The Cavern Club in Liverpool, the most famous club in the world, the club that saw the birth of The Beatles.

They cover the bands early days from their rock and roll roots from the clubs in Hamburg to Liverpool's Cavern club, moving forwards to Beatlemania and their last live performance in London on the Apple rooftop. The songs they perform are all taken from The Beatles actual set lists used during their live performing years from 1962-1966.

The Cavernites, wear authentic suits, and use authentic instruments as used by The Beatles during their touring years including Rickenbacker and Epiphone guitars, Vox and Fender amplifiers and Ludwig drums etc.

The Cavernites perform live and use no backing tracks, sequencers or click tracks, each song is played as it was by The Beatles live, not from their records, recreating the vibrancy and power of a original live Beatles concert.

The Cavernites have performed their show across the UK and have performed a number of times at Liverpool's famous Cavern Club both solo shows and as guests at the annual Beatles festival plus major music festivals abroad including Beatlefest Ireland, Mons Expo Beatleday Belgium and in the UK at major Sixties events in London Beatles 1day and Retro Music Weekend Stanwix Park, Beat at Tencreek weekend Cornwall and many others.

The Cavernites take the audience on a Magical Musical History Tour, through beginnings of the Swinging Sixties and the birth of Beatlemania. 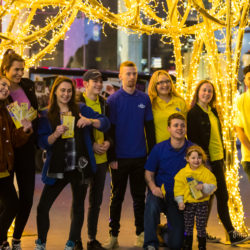